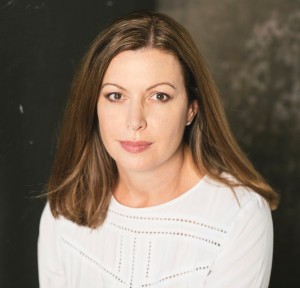 Integrating Zeitgeist and Relationships in Fiction

In The Orange Grove, my love of French language and culture and my fascination with the complexities of relationships and power dynamics came together. I have a particular interest in the period of Louis XIV’s rule and so set the story towards the end of his reign, in 1705. The relentless striving for status inherent in the French court at the time gave me plenty to work with in terms of conflict. I was curious about how people thrived or suffered in this environment, and how this atmosphere impacted relationships.

In the story, a mistress to a duc is forced to choose between her values and maintaining her position. Henriette is the moral heart of the narrative, a steady presence amongst the other characters. When a new mistress arrives at the chateau, the duchesse is consumed by jealousy. As senior mistress, Henriette enjoys privileges and the friendship of the duchesse. But when she realises the duchesse plans to undermine the new girl in increasingly unpleasant ways, Henriette is conflicted, knowing her refusal to help could cost her everything.

France during this time was strictly divided into three classes: the first estate of the clergy, the second estate of nobles and the third estate of peasants and bourgeoisie. The king was outside this system, more akin to a god.

The nobles lived a life of extreme decadence and did not pay taxes. They collected manorial dues from the peasants who worked their land. Yet the gains of the peasants were pitiful and the parcels of land were often too small for them to be able to produce surplus food for their families. This inequality laid the foundation for the revolution that followed.

Competition amongst the nobles was fierce—to live at court was the pinnacle, but to associate with the king and be wealthy was also highly regarded. The duc in my story flaunts his wealth by having five mistresses. My initial thought was: how would these mistresses have related to one another? To what extent would rivalry have poisoned their interactions? These questions formed the narrative and a theme of morality underpinned it all. I wanted to show that negative actions didn’t emerge from a vacuum and were often caused by childhood trauma or other factors. I wanted to show peoples’ humanity, in positive actions, negative actions and everything in between. To examine the fact that all these points on the spectrum of morality are what make us human.

Writing novels present different areas of challenge, whether it’s discovering who your characters are, chasing a thread of important research or simply getting words onto the page. This book flowed the most easily of the stories I’ve written and I enjoyed the characters coming to life and telling me what they would be doing. In the process, I learnt so much about the period of Louis XIV’s reign and the social conditions of the time. To integrate this research with the plight of my characters and my themes took time, but was a great pleasure. I’m so excited to finally share The Orange Grove with readers.

When status is survival, every choice has
its consequence.

Blois, 1705. The chateau of Duc Hugo d’Amboise simmers with rivalry and intrigue.

Henriette d’Augustin, one of five mistresses of the duc, lives at the chateau with her daughter. When the duc’s wife, Duchesse Charlotte, maliciously undermines a new mistress, Letitia, Henriette is forced to choose between position and morality. She fights to maintain her status whilst targeted by the duchesse who will do anything to harm her enemies.

In a society where status is a matter of life and death, Henriette must stay true to herself, her daughter, and her heart, all the while hiding a painful secret of her own. 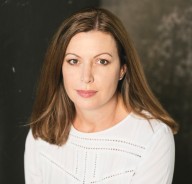 Kate Murdoch is the author of Stone Circle. She exhibited widely as a painter both in Australia and internationally before turning her hand to writing.

Her short-form fiction has been published in various literary journals in Australia, UK, US and Canada.

Stone Circle is a historical fantasy novel set in Renaissance Italy. It was released by Fireship Press December 1st 2017. Stone Circle was a First in Category winner in the Chaucer Awards 2018 for pre-1750’s historical fiction.

Kate was awarded a KSP Fellowship at the KSP Writers’ Centre in 2019 to develop her third novel, The Glasshouse.

Her novel, The Orange Grove, about the passions and intrigues of court mistresses in 18th century France, will be published by Regal House Publishing in 2019.