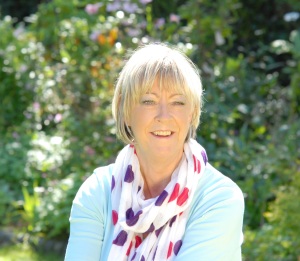 That’s News to Me

It’s taken a while but I think I’ve arrived. Two years ago I put ‘novelist’ in the ‘profession’ column of my brand new marriage certificate. But my biggest challenge these days is applying backside to chair and actually getting the writing done. I live in a beautiful part of the country and the temptation to down tools and go for a walk on the beach, whatever the weather, is always there. Discipline has never been my strong point. 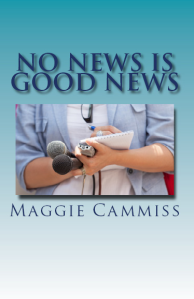 public library as soon as I was old enough – and my love of the written word was reinforced in my first career in public libraries. Later, I moved into film archives, where I discovered an interest in history and current affairs, and in 1989 I joined Sky News, when the 24 hour news channel first launched. I wasn’t a journalist and my background in libraries and archives presented an unconventional route into television.

It’s a bit of a cliché these days, but the old advice to write about what you know certainly worked for me. Working in rolling news was a bit like being stuck in a revolving door; there was always something going on, day and night, and it provided me with all the inspiration I needed for my first two novels, No News is Good News and Breaking News. I joke that I changed the names to protect the guilty, but I promise you, the characters and storylines are entirely fictitious.

Like a lot of people who tell you they would write a novel if only they had the time (!), I had this naïve idea that, because I was a keen and critical reader, writing a novel wouldn’t be too difficult. I was soon disabused of that notion; writing convincing dialogue is hard, I discovered. But I was determined. I went on a residential creative writing course and began collecting a library of how-to books. I joined a local writing group, bought myself some notebooks and set about coaxing the stories in my head onto the page.

My characters always know their own minds and often create problems I haven’t envisaged. But I’ve learned to wait and trust my subconscious; the solution will reveal itself in its own time – usually in the dead of night. Which is why I keep a notebook by the bed: to jot down those elusive thoughts that would otherwise vanish with the dawn. It helps me believe that I’m in control.

I don’t have an agent, but to my delight, Accent Press took on No News is Good News and it was published in December 2014. I tried assisted publishing for Breaking News in 2016, with disappointing results, and I’ve now designed new covers and relaunched both titles independently.

My advice to anyone contemplating writing a novel and beset with doubts – don’t talk about it, just get on with it. Otherwise, how will you know?

BREAKING NEWS Blurb:
Television producer Sara Cassidy has her life all mapped out. She loves her job making weekly feature programmes for TV news channel UK24, and is looking forward to furthering her ambitions in the media. She is devastated when her fiancé makes a shattering confession but she hardly has time to come to terms with the betrayal when her closest friend is involved in a freak accident and Sara’s world is turned upside down once again.
As Sara struggles to maintain a professional perspective she finds solace in a new interest and a blossoming romance. But she has to be careful who she trusts in the cut-throat world of television news. Just as she is finding her feet again the career that means so much reveals its murkier side.
When she suddenly finds herself at the other end of the camera lens, Sara discovers that in the struggle for ratings, loyalty is in short supply.

Blurb No New Is Good News

A member of the Romantic Novelists’ Association, Maggie left London with her partner to see what life outside the M25 had to offer. She eventually settled in Norfolk and when she isn’t writing, she’s likely to be found on the beach, walking in the beautiful countryside, or (usually) face down on the sofa reading a crime novel. These days she also cares for her mum in law, who suffers from Alzheimer’s. This is another voyage of discovery and interruptions are part of daily life.