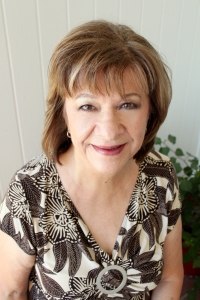 Christmas at Raccoon Creek is a time travel novel where the heroine is magically transported to the 1950’s with the wink of a snowman’s eye. But here’s a secret. It starts out in contemporary Alabama.

I loved writing it but encountered a bit of a challenge. Since I write contemporary, I found I needed to create characters who lived sixty years before my time. Though I was alive in the fifties, I don’t remember much from that decade, so I had to do a lot of research. I discovered the style of dress, the type of music, and even the cool expressions people used in those days. Like crazy, man. My hero thinks the heroine has a classy chassis, and she loves the Black Cows he creates at the old fashioned soda fountain.

My hero graduated from pharmacy school from Auburn University, but in those days it was Alabama Polytechnic Institute. The heroine is a nurse on the cardiac floor and assists patients who recently had pacemakers. But the hero’s never heard of a pacemaker transplant.

Since the hero is alive in the fifties and owns a drug store, the type of medications he dispenses and products he sells are somewhat different than today. It was fun searching for the specific brands sold sixty years ago. Like Nebs headache relief, Coldene cold medicine, Nujol for constipation, Fasttabs for dieting, and of course Shalimar perfume which the he gives the heroine for Christmas.

The story opens in modern day Alabama when Emily Eason runs down to the local drug store to purchase Christmas decorations for her lovely home—her 1950’s style house she inherited from her grandmother. At the store, the graying, wrinkled and kindly old Mr. Hardwicke, pharmacist and owner, tells her for the umpteenth time about how he was once in love with her grandmother, but her grandpa Eason stole her away. She smiles, politely listens, and returns home to decorate her living room.

Her favorite purchase is a little snow globe with an adorable snowman situated next to a miniature village. Turning the round glass ball over, she stares at the flurry of snowflakes covering the snowman’s carrot nose and corn pipe sticking out of his mouth. Her decorating efforts make her tired so she sets the globe on the side table and curls up in her easy chair. But does she merely imagine the snowman winks at her? Soon she falls asleep.

You’ll have to read the story to find out what happens next. Here’s a hint. Emily returns to the drug store, but this time the pharmacist isn’t old and wrinkled, but a handsome young man in a white lab jacket typical of the 1950’s.

Merry Christmas from Emily and Lance. 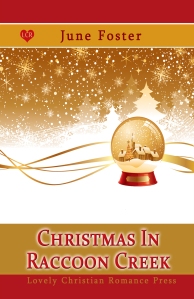 Blurb: When Love Spans The Decades

Emily Eason wants to distance herself from her parents’ opulent lifestyle in Birmingham, Alabama, and enjoy life in the rural village of Raccoon Creek and her fifties-style home. But after gazing into the little snow globe she purchased from Hardwicke’s Drugs and Gifts, she finds herself transported to another time—her grandmother’s era.

Lance Hardwicke is the pharmacist and owner of Hardwicke’s Drugs. Four years of pharmacy school didn’t allow for much of a social life. Gorgeous Emily Eason, nurse and resident of Raccoon Creek, has captured his attention. The next time she comes in the store, he’s determined to ask her out. Maybe take her to Birmingham to see the Christmas lights in his brand new orange and white ’53 Pontiac Pathfinder.

Can love span the fifty-year gap standing between them?

If you want to read Christmas at Raccoon Creek, Snow Globe Series or find out more about June Foster check out the links below.